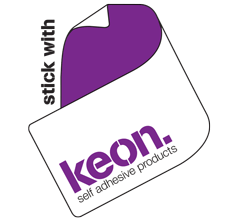 The offices and Manufacturing plant of Keon Labels will be closed on Friday the 28th of September 2018 for the AFL Grand Final eve Victorian Public Holiday.

Marching bands and roving entertainers will join the cavalcade of Toyota HiLuxes parading the Grand Final teams from the Old Treasury Building to the Toyota AFL Grand Final Live Site at Yarra Park at the MCG on Friday 28 September.

Fans are then able to experience the

The Free Tram Zone has been extended to the MCG, helping you travel to the Grand Final Parade, AFL Footy Festival and 2018 Toyota AFL Grand Final.

This means customers travelling by tram from within the Free Tram Zone in the CBD, won’t need to touch on their myki to get to the MCG and Yarra Park.

Customers travelling by tram from outside the Free Tram Zone, or by bus or train will still need to touch on their myki to ensure they have a valid fare.

Stuck in the order process? Speak to a real person.

Use this form to find things you need on this site